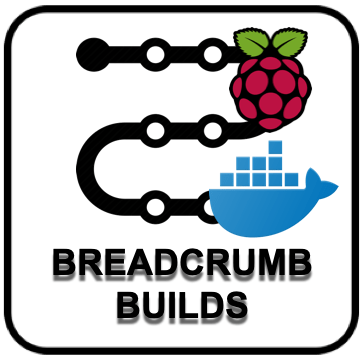 We also walked through setting up an external Kodi client to reference the MySQL server.

That was pretty neat in that we did a bunch of consolidation, but each of the services on the docker host were more or less standalone in that there were no dependencies between them, and therefore the startup order was more or less irrelevant. All of the containers had a restart policy of always (meaning they would restart when crashed or when the docker host booted). So what would happen if we were to add a dependent container (e.g a Kodi client) to our Docker configuration?

Adding Kodi in a Container

And our Kodi client, available on http://[pi-static-ip]:8080 is showing the data we scraped in using our external Kodi client

But now we have two problems

Problem One: We have a dependency between the kodi-client container and the mysql-server container, in that Kodi needs MySQL to be running when it launches. But if you look at the configuration of the Kodi client, you will see the following startup command, which isn’t going to wait on anything.

Problem Two: We have a really complex docker run command to remember if we need to rebuild the Kodi container with a newer image

So I’m going to use Docker Compose to solve both of our problems. Docker Compose allows you to coordinate a related set of Docker containers, either from existing images or from ones that you want to build on the fly. We will do both in this case.

To build our dependent containers we need to remove the original ones. All of our data is saved externally, so we wont lose anything by rebuilding the containers. In fact, this is one of the selling points of Docker to begin with

We need to modify the standard Kodi image as we want to inject our our wait-for-it.sh script into it. We will use a Dockerfile as follows:

This will pull down the codafog/kodi-rpi image and inject the wait-for-it.sh into it creating a new custom image.

Several things of note in the above file:

Starting Up the configuration

See how much easier that is vs remembering those docker run commands? If you want to force a rebuild of the images (maybe you have newer base images for the docker containers) then just do this instead

If you look at the configuration of the kodi-client container now it looks like this. Note the new startup command.

And the overall containers list looks like this. See how we have media-center in the stacks column. This isn’t a true stack as that’s intended for docker swarm, but thats how Portainer views it. The media-center name comes from the folder name docker-compose was run from.

If you check the logs on the kodi-container itself, you will see this

You can also see the same from the command line by

Now we have a system with dependencies, but have controlled the start order. Even if the docker host reboots suddenly, the startup configuration of the kodi-client container will ensure that it will wait for MySQL to be running before it attempts to a launch Kodi.

Technically this could all be done without Docker Compose, but I think you’ll agree it’s an elegant way to handle the setup. Docker Compose can bring many other advantages which we haven’t used here, and you can also setup the docker-compose.yml to run as a service, but thats a topic for another time!